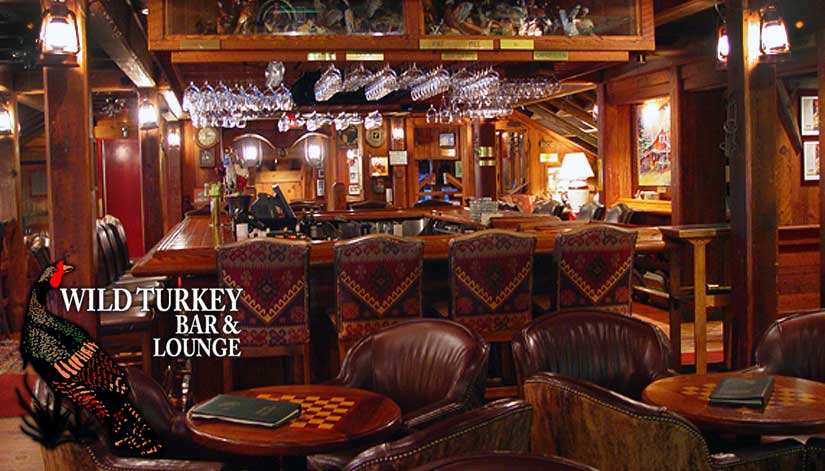 Ranked “One of the Best Business Bars in America” by Entrepreneur Magazine. The Wild Turkey Lounge features a light menu leather couches, HD TV’s and an exquisite list of fine spirits. Live piano players or other musicans can be seen 7 days a week in the lounge.

"You called the meeting, you get to the bar early. Even if you didn't call the meeting, you get there early. Because if you get there early, you begin defining relationships. Not only between you and the people you're meeting with, but between you and the bar itself: the cocktail waitresses, the bartenders, the guy sitting next to you. You have come to this bar for relationships. You might as well begin making them." – Entrepreneur Magazine 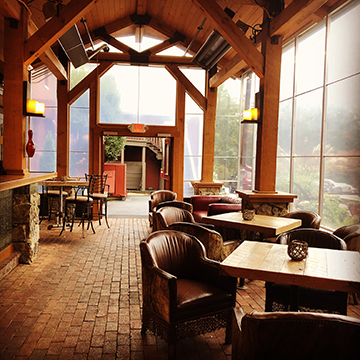 The Angus Barn experience begins as soon as you enter the Saloon. Giant wood beams, stonework & 3 "Big Ass fans." A full service bar made out of a lane from the original historic "Alley" on Hillsborough street. 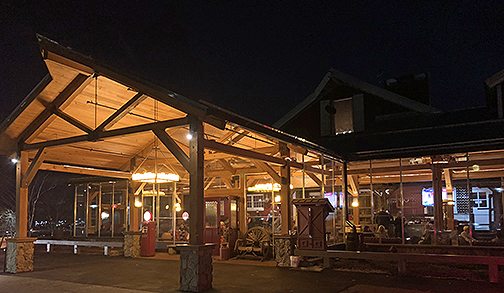 We do not serve menu items or take food orders in the Saloon but Angus Barn famous cheese and crackers are available to snack on while you wait. A few nights a week there is also live musical entertainment. 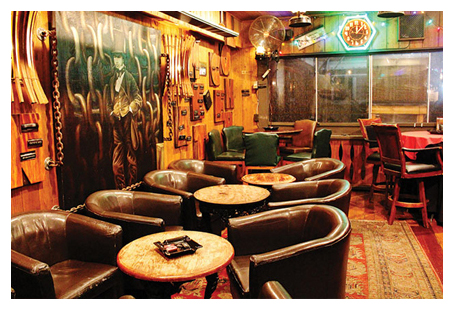 Where would the Angus Barn be without its contingent of tobacco enthusiasts who have made our humidor a top destination for selecting premium cigars? On January 1, 2010, after two previous attempts by the North Carolina legislature, a new law prohibiting smoking in bars and restaurants became effective. While some cheered the law, plenty were shocked. For those who still relish cigars during social discourse, we offer a gift: the Meat Locker at the Angus Barn. 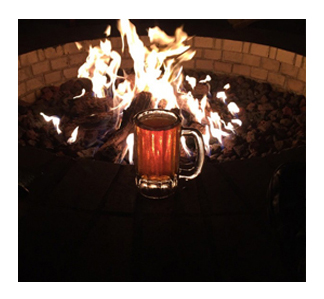 The challenge was how to accommodate the Barn's loyal patrons who smoke and still respect the new law. Using a pre existing space on the outside of the restaurant overlooking Glenwood Avenue, Van eyed the prospects of converting this remote area once used for meat refrigeration into an open-air smoking lounge and patio in the summer of 2009. She turned to master carpenter Dan Callahan to work his magic. Between Van's imagination and Dan's construction skills, smoking patrons of the Barn would soon find a home where their appreciation for tobacco, great food and spirits flourished. 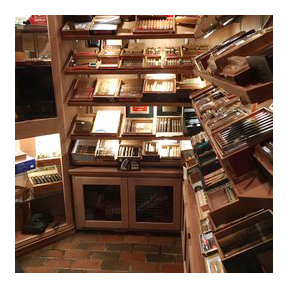 The Angus Barn is proud to offer an extensive list of premium cigars to our guests. Please ask for your favorite selection. Listed below are a few of the quality brands we try to stock at all times. Please note: like a vintage wine, some selections may be out of stock due to availability. Also, look for our Cigar Steward's specials. Our selection includes: Arturo Fuente, Dunhill, Macanudo, Savinelli, Ashton, La Gloria Cubana, Partagas, Carlos & Torano just to name a few.